The Story of My People: Part 6: John

"Don't you think there are some people who just deserve to be killed?" -John And now you know everything there is to know about John. John would often

"Don't you think there are some people who just deserve to be killed?"
-John

And now you know everything there is to know about John. John would often toss out a shocking statement or question — out of nowhere — and then cross his arms, sit back, and wait for you to respond, grinning at you all the while. I used to call them his "verbal hand-grenades." He liked that description.

I was in Big Bear, getting a hitch to the restaurant for breakfast with Lt. Dan, Peanut, Gringo, and the Canadians. While we waited on the side of the road with our thumbs locked into the please-give-me-a-ride position, I overheard Peanut mention that someone named John was going to meet us at the restaurant. Everyone seemed happy at the news. I had no idea what was about to happen to me that morning or over the course of hundreds of miles up the trail. 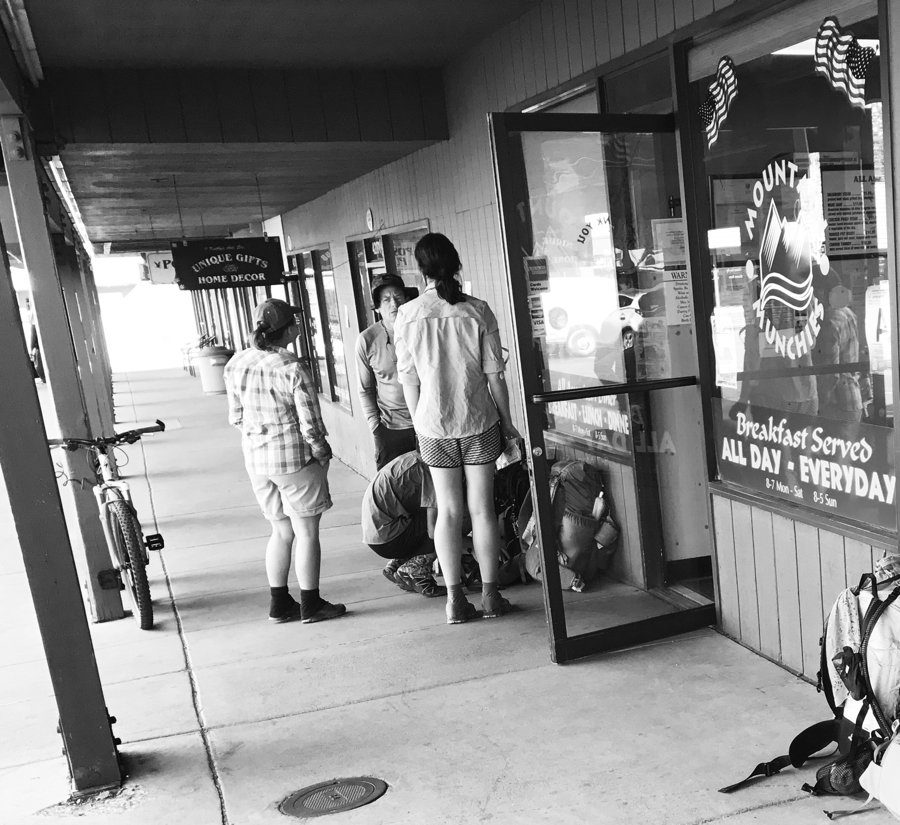 John, catching up with Katie and Peanut in Big Bear.

John was family man first, everything else second. He smoked cigars and had a gritty, gravely voice to match. John hiked slower than the rest of the group, but that is not to say that he didn't work hard for every single mile. He was a diabetic and I often worried about him on the trail. More than once, Roi or myself would walk behind John to make sure he made it up a climb or across a snowfield. When I would notice his speech starting to slur, I'd suggest a break and a snack. When socks, or gloves, or hats would fall off his pack — which they did all the time — I'd pick them up, carry them, and return them to John the next time I saw him. I once asked him why he was hiking the Pacific Crest Trail, and he didn't have a real clear answer. To be fair, when he asked me the same question, I didn't either. In that way, he and I were exactly the same: wanderers in search of something greater.

I hiked some of the high points of the trail with John, literally. I did Whitney and Forester with him. 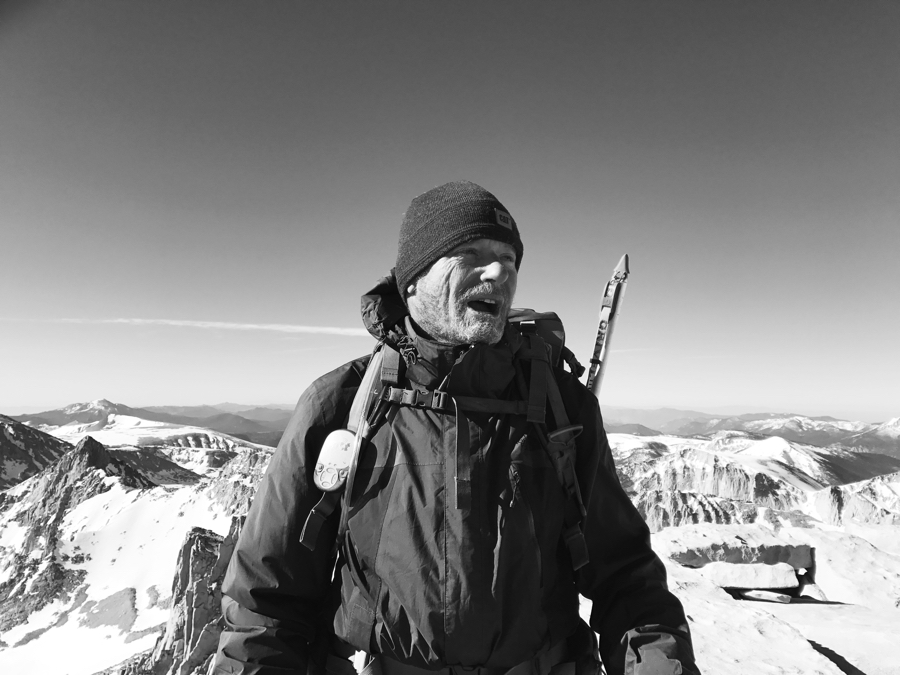 John, looking like a mountaineer after summiting Mt. Whitney with a single micro-spike.

I did some of the low points too. Hiking the snowfields in the Sierra could be just awful, but I watched John plow through it, hard or not. It was inspiring in a strange way.

I liked John, but the two of us didn't always see eye to eye on everything. There was John's way, and then there was everyone else's way. He was a bit of a rebel. 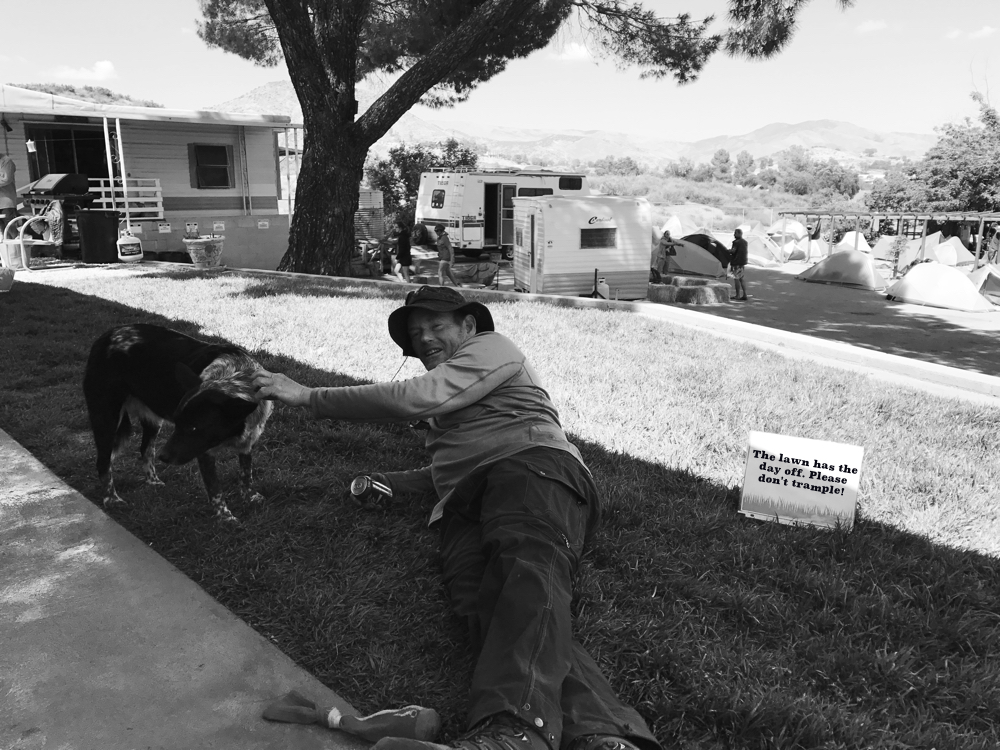 John, taking a break next to the sign that says "The lawn has the day off. Please don't trample!"

The Canadians called me the group's social worker, because I was always trying to keep the peace or help the group work through something. As I said, I liked John, but looking back, I don't think I always enjoyed hiking with John. With all of the mental and physical stress the trail can place on a person, John was sometimes a little too intense for me on trail. 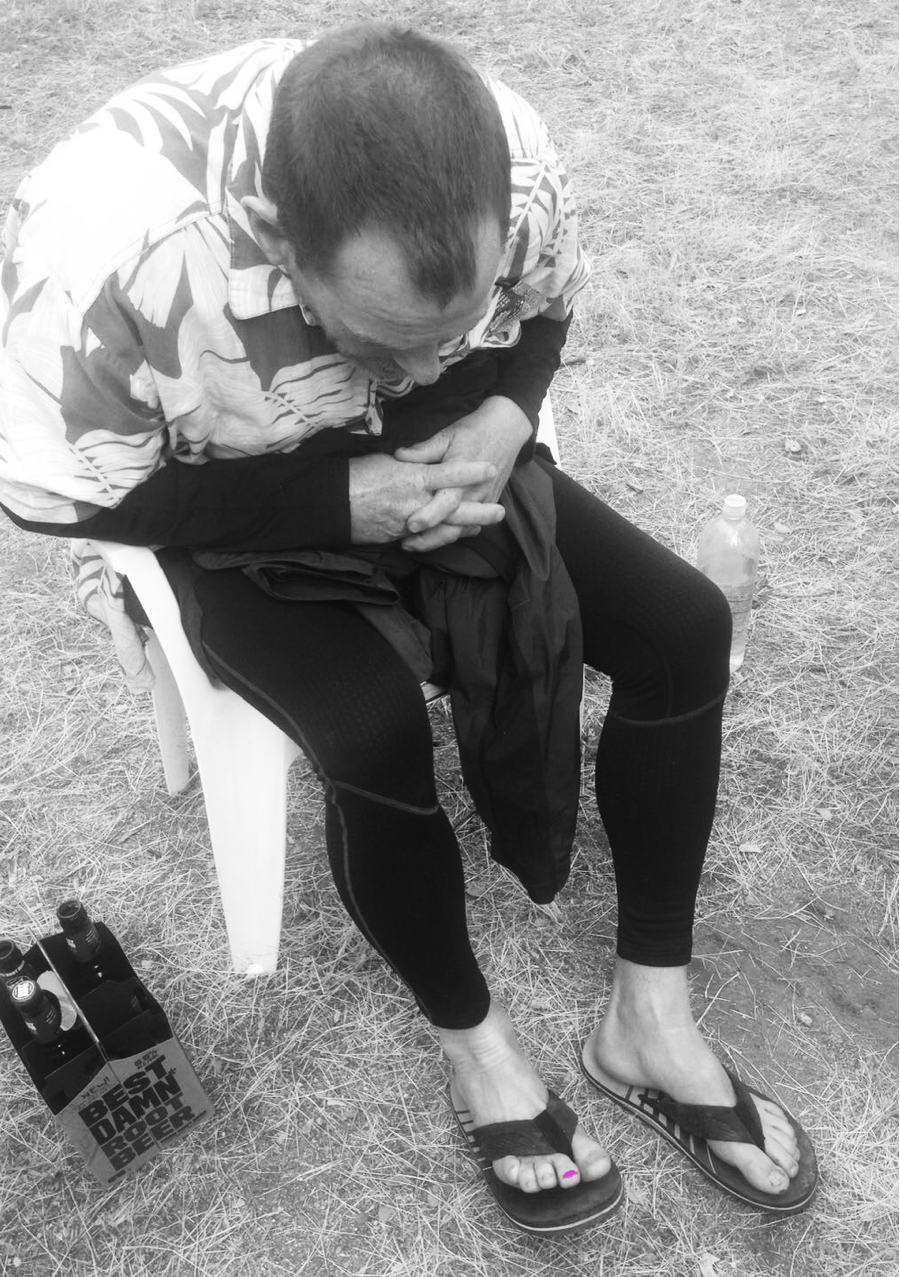 John has one toe painted pink at Casa de Luna

But John — off trail — was funny, pleasant, kind, a good conversationalist, intelligent, and very generous. That is not to say he wasn't all of those things and more on trail. 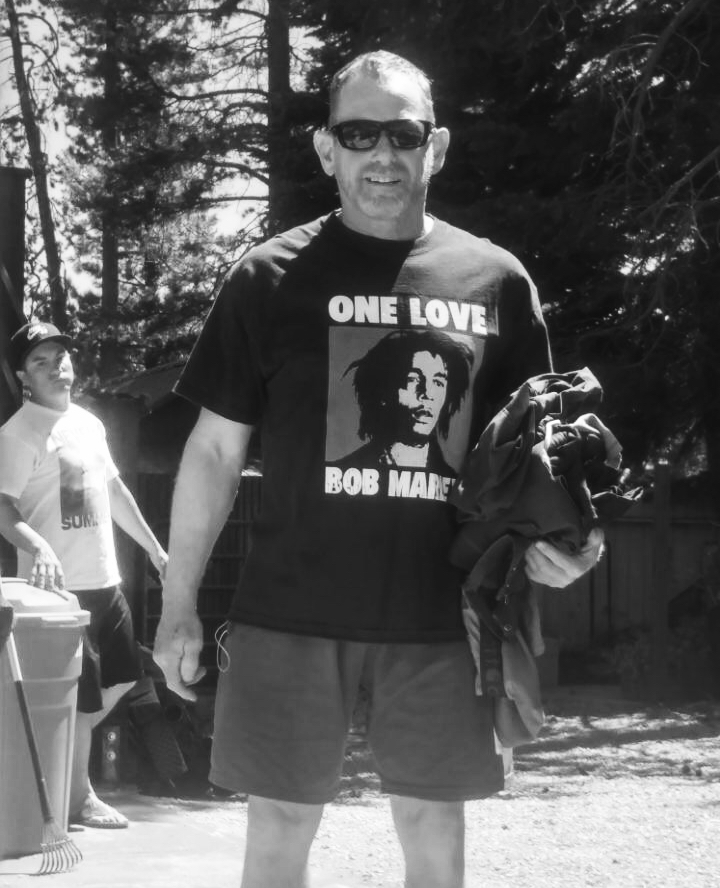 John wearing Joey's clothes while he does laundry.

There are quite a few standout examples of John's generosity: he offered to pick up Roi, then a complete stranger, from the airport and give him a place to stay before heading out on the trail. He opened his home to Roi, Peanut, and the Canadians when they needed a break from the trail. He organized the flip from Bishop up to Truckee, where he got us a place to stay with his friends, Joey and Sophie. 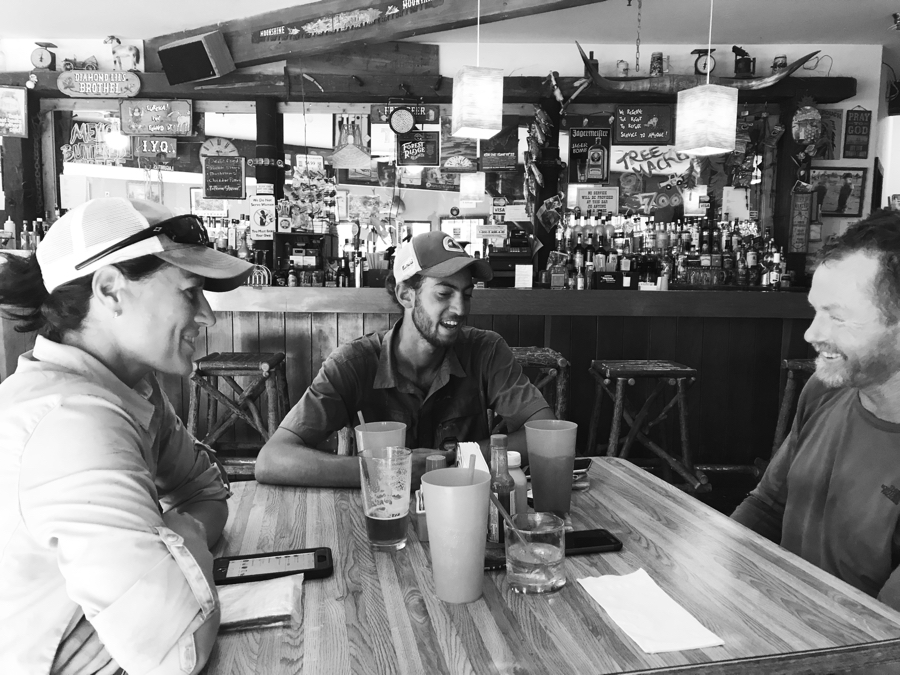 The last time saw John on trail was Belden. I was trying to find a way across a stream and I heard "Hey Matthew! Matthew!" along with a crashing sound from behind me — only John crashes through the woods like that. We hiked together for the rest of the day, finally meeting up for the night in Belden, CA. Roi, Peanut, John and I had dinner at the bar together that evening. The next morning, John stayed behind in Belden. I never saw him again.

John, like me, was a member of the group, and as a group, we had a lot of fun together — even on the hard days. While John and I didn't always view the world the same way, I could not imagine my experience on the Pacific Crest Trail without him. You see, that's the thing about John: John is not a person — John is an experience.

An Interrogation of Anthropomorphized Tent Poles